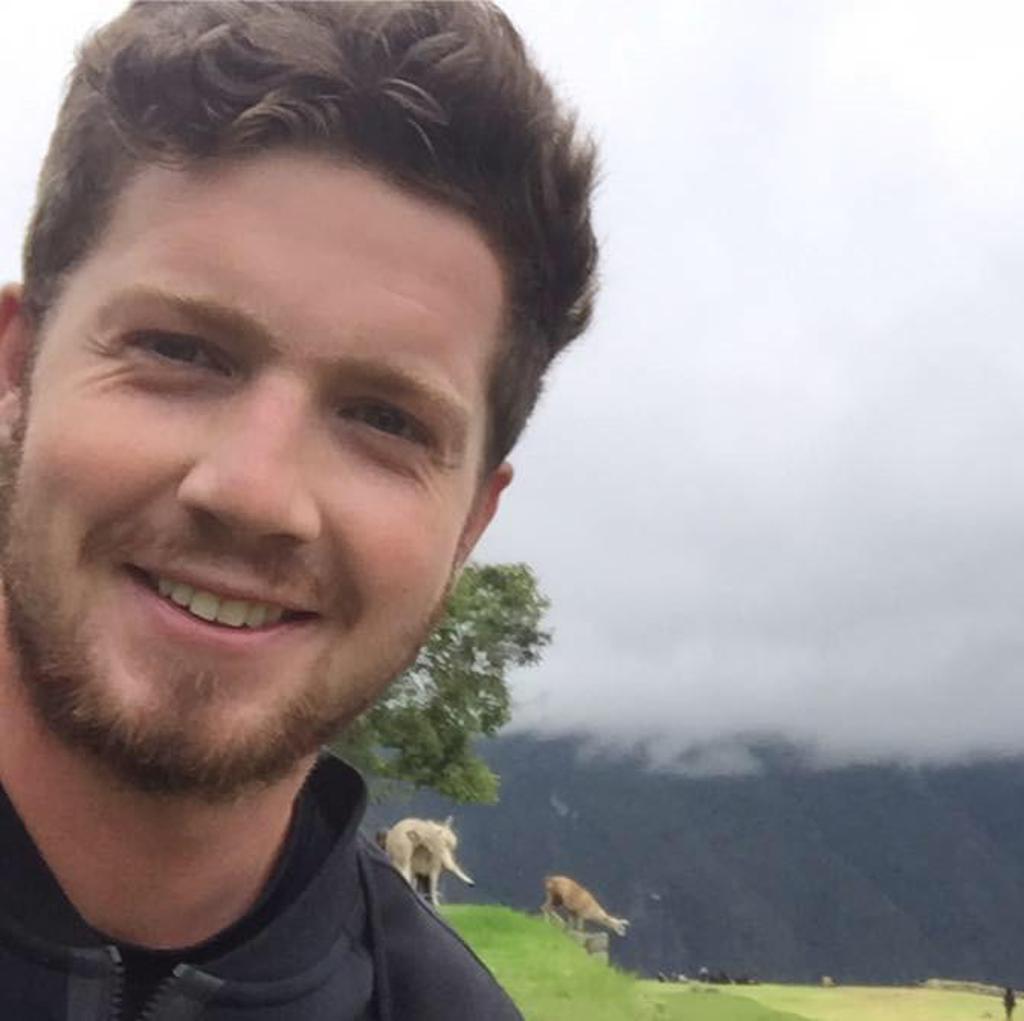 Q: What makes HARC, HARC?
A: I don’t think that I’ve played in a club that has been so inclusive and welcoming. The time and effort that every person in the club puts into making everything work is incredible! Comparing it to playing in Ireland, you have all factors in your favor, i.e. facilities, proximity of clubs, player numbers, etc. Here, you’ve to work twice as hard for the club to be successful.

Q: What defines this HARC team as yours?
A: Joining HARC Men’s team felt like joining a big family in a lot of ways. Within the first week of joining, I had guys helping me move into our new apartment, inviting my wife Ingrid and I out for drinks or dinner, it made us feel immediately at home.
In terms of the men’s team, there’s a great respect and honesty between the guys. We know that we are not the finished product, but every week we reflect on what we need to do and how we can constantly improve.

Q: How do you get the team out of their comfort zone to grow as a team?
A: When I started coaching last year with Coach Rob (Newton), we were sort of finding our feet in terms of coaching, chopping and changing drills all the time. This season we are trying to do 2 things: master the basics under pressure and carry out as much ‘game-situation’ exercises as possible. So every drill and session we do, we try to gradually increase the pressure on the players as they execute their skills. We then get them into games of either grab or contact and keep them working constantly, giving them different scenarios,  because if you can get them to the point of fatigue and they can  still execute our game plan, then they will do it easily in an actual game.

Q: How do you get a feel for what your individual players need to be successful?
A: Starting from pre-season and carrying on throughout the season, we try sit down with the guys and find out what they want to get out of the season. We’ll constantly monitor how they are progressing and work with guys on any position specific skills before & after training sessions. In the US, I’ve found that most guys started playing rugby very late; therefore many of them are still in quite a developmental stage. We’ve started implementing a 30 minute slot in every session for players to work on position- specific skills. It’s a great way to excel at your strengths and to improve your weaknesses.

Q: As a player-coach, how do you choose the right player to captain the team on the field?
A: Three things:

Q: What are your goals for the team for the 2018/2019 season?
A: To win every game this half of the season and to make sure that everyone is enjoying their rugby. We showed on Saturday against San Antonio how good we can be when everyone is playing well together and we have close to our full team back. The most important thing is that everyone is really enjoying it. If you’re enjoying your rugby, you’re playing better and you will want to play harder for the guys around you.

Q: How are you dealing with the early season losses?
A: I’m not too worried about them. In those first three D2 games, we didn’t have a consistent team playing together and plenty of guys were still coming back from injury. Rugby is a game of cohesion, so you want your team be very comfortable and familiar playing with the guys around them.  We are now starting to get two consistent teams making it out to training, and it showed on Saturday with both teams scoring some amazing tries and implementing our game plan.

Q: How do you motivate yourself to stay engaged in both developing as a player and developing the entire team?
A: The brilliant thing about sport and coaching is that there are always opportunities to improve and get better every day. Coaching rugby has opened up a whole other side of the sport that I never thought about when I was only playing, and I’ve really enjoyed picking up new ideas and trying to improve on how I communicate them to players, (most lads will say they still can’t understand me, but I’m trying!). In respect to mixing both playing and coaching, I’ve tried to listen to the guys’ feedback and take myself out of drills a bit more to see how the other players are managing. When you’re playing in the middle of a drill, you can only see a fraction of what is going on, but that’s the beauty of having others guys around that can be the extra sets of eyes on the drills.

Q: Who is your personal role model in terms of rugby coaches?
A: Being Irish, I’ve always kept a close eye on what is going on with the domestic and national set-ups. Joe Schmidt and Andy Farrell are fantastic with what they’ve done with the Irish team and their attention to detail.
In terms of creating a fantastic club culture and environment, Brendan Venter did an amazing job at transforming Saracens into a European powerhouse. Their club and team culture is brilliant if anyone wants to read up on it.
My favorite coach has to be Stuart Lancaster.  The more that I listen and learn about what he has done with Leinster, the more impressed I am. He is the on-field coach with the team, and you only have to look at how much the young guys as at the club have developed to see affect he has had on the system and the club’s academy. Like Stuart and Joe Schmidt, a lot of the best coaches come from a teaching background, as they are so effective at communicating their message to the players. You only have to look at Nic James and her coaching with the ladies to see how true that statement is.

Q: What is your favorite HARC moment of the 2018/2019 season?
A: Without a doubt, it was after the club winning all three games on Saturday. Seeing how delighted and excited everyone was afterwards at Bubba’s was a brilliant feeling. We’ve set a pretty high standard for how we want to play for the rest of the season, and it’s really exciting to see how much better we will become in the coming months!